Cigar Beginner: One-Year Back to the Cigar Hobby

Cigar Beginner: One-Year Back to the Cigar Hobby

I’m a proud cigar beginner! After coming back to the cigar hobby last February (2018), I have no shame whatsoever letting you know that I do not know everything about cigars… I only know a handful of experienced cigar smokers who have put in the time and money to be able to distinguish the good smoking cigars to the “I don’t think I’ll smoke that again” cigar experience. 1 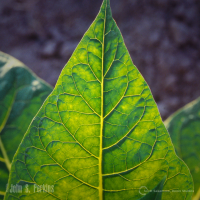 I’ve shared my story on these pages of my return to the cigar hobby after 20-years of being absent (Cigar Storage: The TupperDor, One Reason I’m Back in the Cigar Hobby, Cigar Hobby, Cigar Resources: It’s Good to Be Back, Cigars: My Perfect Companion). My being amazed is probably a result of my recent ability (desire) to pay attention to these simply made and constructed Artisan Tobacco Products usually made by hand (at least the majority of what I smoke and enjoy) and by asking lots of question of those around me who know more than I so that I might learn more about the cigars I’ve been enjoying. 2

I think I’m more amazed that the final product of a cigar does not match the possible complexity and masterful blending of that goes into the cigars that I’ve been enjoying.

I’ve found that for me to learn the most, it helps to do more than read about it. That’s why I’m writing and journaling my thoughts on this recent cigar journey of mine

Back in the day when I was a younger pup, Cuban cigars where all-the-rage… I’m guessing because they were not attainable or hard to get. Anymore, when I hear tales of Cuban cigars starting up, I suddenly find myself having something else to do.

In the past year, I’ve explored some newer cigar brands that do not come from the tried and true established cigar giants of yesteryear. Instead, I’ve been exposed and introduced to several newer “Small Batch” cigar companies, manufactures and cigar tobacco blenders from all different parts of the world’s tobacco growing regions.

So, maybe that’s where I should start. There are also the different ways that the cigars I’ve been smoking are constructed by Artisan-Hands (handmade) as well, not to mention the different shapes and sizes of the cigars being offered sometimes and often with the same tobacco blend.

How do these all come together to provide an enjoyable distraction for me as I escape into my cigar experience in-hand?

There are several good cigar resources on the Internet and I am one to utilize this information to further my learning of the cigar hobby and I will share them as I go along. Some of these I will organize at the end of these upcoming posts.

So, here’s what I’m thinking:

It is also my goal this year (2019) to take Tobacco University’s online course to learn more about my new concubines.